This time last year I met Ryoko Akama a Japanese artist working with sound, we met for coffee in Oxford and discussed the potential of collaborating.
Then one year later Ryoko invited me to work alongside herself and good friend Mariko Satomi who specialises in dance and movement.
So, early morning at the start of august we met at Scammonden Reservoir,  a stunning spot just north of Huddersfield.

Ryoko had brought with her the digital equipment, wires, cables, booms and all manner of sound recording stuff!
Mariko travelled light.
And I had a vehicle full of sticks of varying sizes.

The rain held back for the two days, hoods were only needed for midge protection! and several community groups and local faces appeared out of the woods to participate.
We set about with some simple taster sessions, leading in to the creation of some woven forms that suggested the manipulation and amplification of sound.
These were used and combined with Ryoko's captured sounds from the reservoir and together with Mariko's enchanting energy, an intuitive and somewhat timeless performance unfolded...

The project was supported by Kirklees and Yorkshire Water,  a big thank you to both.
Also thanks to John Polley for the video capturing the event and the photographs taken by Yumiko. 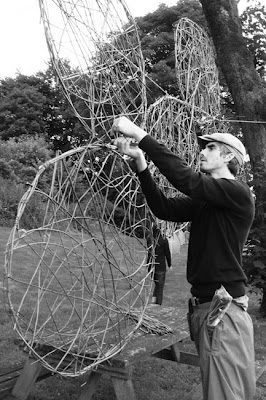 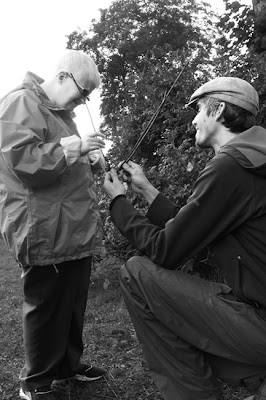 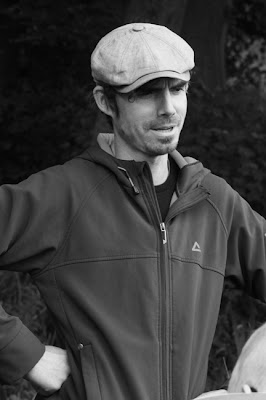 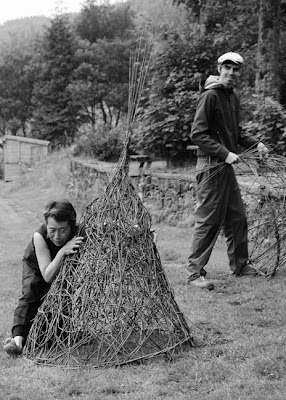 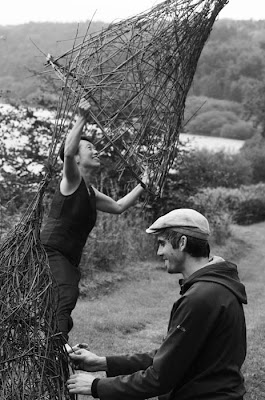 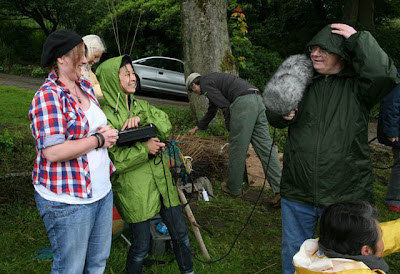 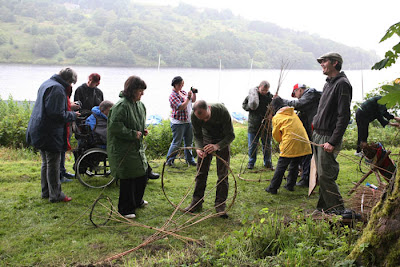 Fascinating project, Tom. Looks as though it was a lot of fun.