These 'Poppy Seed Heads' were designed as a Public Art Feature for a site near to Livingston to marry in with the construction of a new garden center, they are sitting beside the Old Road (A89) to and from Edinburgh.
The seed heads incorporate a steel armature and are woven tightly with a basketry willow. They stand a whopping 5 meters tall and there are 11 in total, some of which lean around and communicate whilst others are a little aloof! They're set against the landscape of the Pentland Hills, which is a stunning site and helps to frame the work.

Incidentally on the drive up North the co-pilot and Sat-Nav system failed me and we were heading as the crow flys directly over the snow laden hills in our 7.5 tonne truck, an executive decision took us around them, safety first!
Standing or driving beneath the poppies is quite a childlike experience and ethereal, which reminds me of being under water looking up at plant life trailing under the surface... hmm, that gives me an idea... 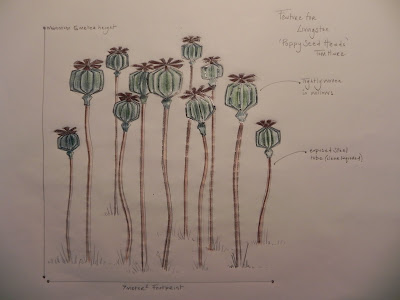 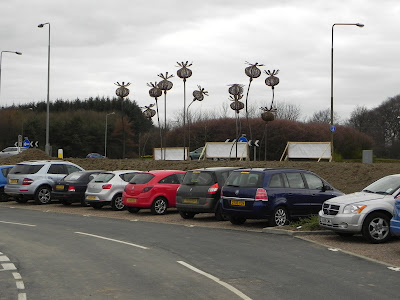 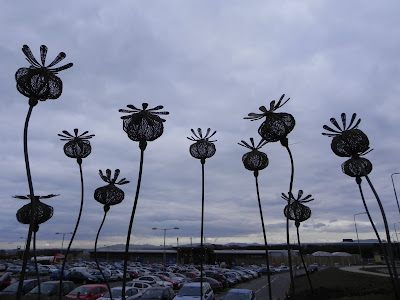 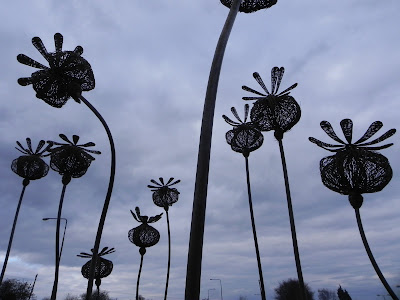 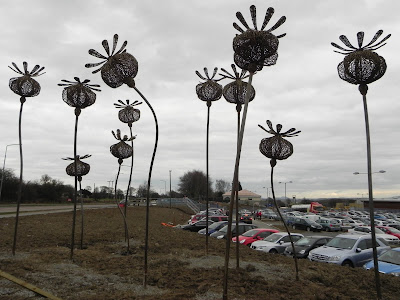 Pastures primary school in Leicester is celebrating it's 20th anniversary and I was invited along this year as part of the celebrations to make an outdoor classroom for the children within the school grounds!

The week before half term, we got busy with some living willow and planted out a whopping 5 meter diameter structure with the children. The living willow will (as you can see in the pictures) is/will sprout some lovely green leaves to help shelter from the sun and light rain.

Inside it we installed some very strong fresh green oak seating and under that some recycled rubber flooring, to make sure there would be no soggy shoes and socks!

It was an absolute pleasure working with this unique school whom whilst we were working with them, they adopted 11 rescue hens, 1 for each class, they (the chickens!) have a very handsome house, see the image at the bottom, and they're producing super local free range eggs for the parents! Very inspiring... Keep up the good work :) 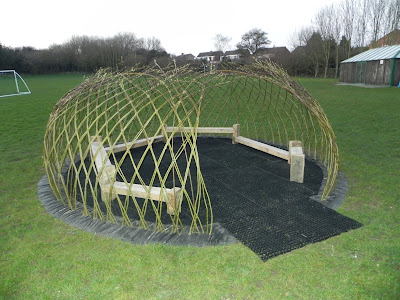 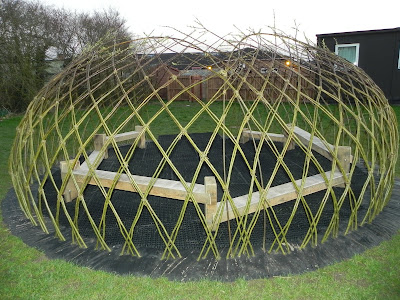 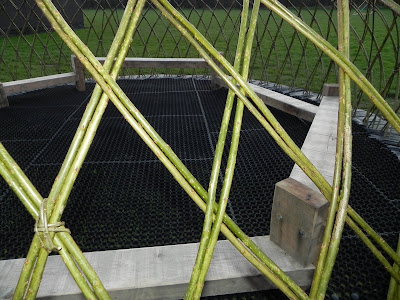 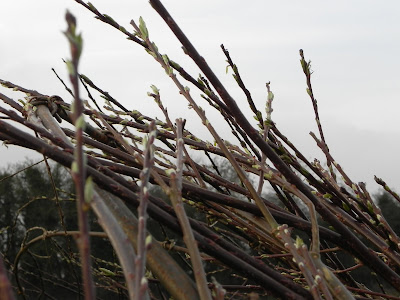 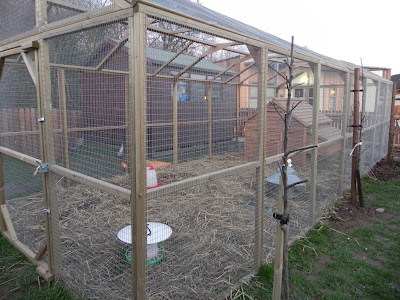